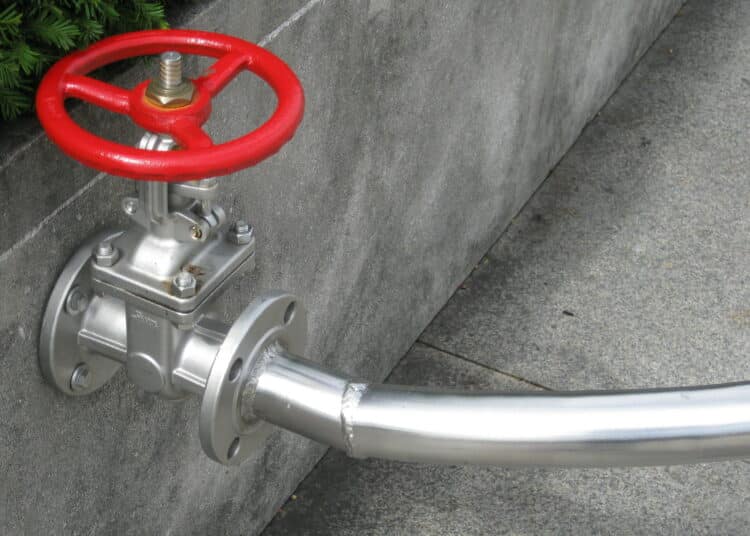 Are you in need of replacing the main water shut-off valve, but you do not know how? If you do not, then read on and learn how!

Learning how to replace a shut-off valve does not require much strategy and thought. You only need a minimal amount of elbow grease to get the job done in less than thirty minutes.

Before starting, ask yourself first: would it be alright in changing the shut-off valve rather than fixing it? You might think it is an inexpensive solution, but you have to think about its ongoing malfunction and decreasing workability.

In the long run, maintaining a broken-down shut-off valve would be taxing and costlier.

So the only question remaining is: how can you remove water shut off valve and install a new one?

Once the shut-off valve gets busted, it is an opportunity to replace it with a better one. There are three types, and each has its pros and cons:

This kind of water pipe cut-off valve is dependent on a pivot ball in a cylindrical plastic lining to determine the flow of water. The ball has a central drill and is created from stainless steel.

Due to its toughness, it can be left partly exposed. It would be alright because of its toughness and does not wear out. When the valve closes, the controlling lever is forming a right angle to the piping.

When it is open, the lever is in a parallel position to the piping. Its feature poses no difficulty for identifying whether the water is on or off.

The downside is that this valve is difficult to install and operate if the piping is against a surface wall.

This kind of in-line shut-off valve is dependent on a rubber seal that secures the halts the current of water. You have to ensure to attach it in the correct position. If not, it would not correctly work.

When the gasket is driven down in the valve center, it means it is switched off. Toilets and sinks often employ these valve types.

Since the water pathway curves too much, leaks frequently happen. Another disadvantage is some fixtures are only compatible with this valve. If it is used in household fixtures incompatible with the valve, it would not function.

This type of inline cut-off valve is specially made with a clear pathway to enable water to proceed to the valve center. I am dependent on a V-shaped brass barrier to halt the water current.

On it descends into the machined slot, the valve will shut off. It is either fully shut or sufficiently opened. If the valve is turned halfway, the mechanism will soon degrade due to stress and needs to be replaced.

As time passes, your corroded water shut-off valve deteriorates and falls apart. Luckily, it is not a difficult process to take apart and substituting it.

If you are replacing any component of a particular home fixture, also make tests on the valve itself in case of replacing.

If you are replacing the valve itself, be sure that the diameter of the inlet and water pipe corresponds with each other. Same thing with the water tube and outlet, which also needs to match. Valves for fixtures are available in different versions, and buying the incorrect size always happens.

Turn off the water

The first thing you need to is to halt the supply of water. Go to the main cut-off valve, which is generally near the water meter. If you are substituting the valve that supplies hot water, then switch off the water heater off.

If you are considering replacing one faucet valve, replace the main one as well. When either one becomes defective, the other one will likely follow suit.

Have a sponge and a bowl handy. There is a good chance there would be extra water left when removing the valve fixture.

You also need to empty the pipes of water. To do this, flip on the faucet on the highest area of your home, the same thing as the faucet on the lowest level. It will evacuate all the liquid that remained in the piping.

Take out the defective valve

Once the pipes have been emptied, unplug the supply hose from the in-line shut-off valve and also unscrew the mounting nut.

You can reutilize the nut and ring when you substitute a new valve. However, it is advisable to also replace them once to put in the new valve.

It is a tool that only professional plumbers have. But if you are an avid DIYer, you probably want to get one for a future procedure.

Put in the new shut off valve

While the compression nut, sleeve, and old valve is disassembled, wipe off any dirt on the pipe with a dry rag. Then slip on the new nut and sleeve onto the pipe. Slide them directly in the pipe and do not leave any loose spaces. It is to ensure that there is enough room for the new valve.

After the pipe is cleaned, slip the valve in. Be sure it is tightly gripped into the socket. Then stick just enough pipe-joint compound on the valve’s spare thread. Stick it on firmly and do not leave and exposed areas.

Then slip the nut and ring along the valve bottom and connect the nut to the body of the valve. Tighten the nut securely as forcefully as your fingers can.

Then bring out two pliers, one holding the nut and the other on the valve itself. Then tighten the nut with the pliers, as far as it can go.

Reconnect the water tube to the valve outlet. Tighten it by hand first, then with the use of pliers.

Look for leaks after switching the water back on

Check if all the valve components are tightly secured and in the off position. Then switch on the water from the main water line. Go back to the newly installed valve and observe if there are leaks. If not, then slowly switch it on.

Look for leaks again on the valve, the compression fitting, and down towards the water tube. If you can find any water leaking out, use the pliers to tighten any loose parts until the leaks cease.

Some components, especially valves, takes a long time to develop water leaks. So come back to it after a few hours and do the whole process of checking again. If you do find a leak, then tighten the nut again with pliers.

While checking on leaks, you have found out that the sweat valve needs replacing. It undergoes a different process. You will need solder, torch, flux, wire brushes, emery cloth, and flame repellant cloth to cover the walls of your home.

Use the pliers to grip the old valve. Make free the packing nut take out the whole valve stem. It will drain out excess water. If there is a washer inside the seat, then remove it.

Before using the flame torch, stick the protective flame clothe on the wall along with the valve. Also, be sure there is a fire extinguisher close by. Then take apart the old valve and the leftover solder.

Switch on the torch and regulate it that it is only a small flame. Direct its fire towards the valve body. When the solder dissolves, unscrew the old valve using pliers.

Take the emery cloth and wipe the spare tubing of the old solder. You can use sandpaper as well.

Then heat the valve as the solder is drawn in. When it melts, cleanse any extra solder with a wet rag.

Slip in a new compression nut, escutcheon, and new sleeve onto the tubing. Then lastly, screw in the new sweat valve.

Replacing the shut-off valve takes less than thirty minutes of your time. However, since the sweat valve takes a bit of difficulty, hire a professional plumber to fix it. Involving fire to a particular task is always dangerous and should be handled carefully.

One good rule of thumb is: whenever one component of a shut-off valve malfunctions and needs substituting, replace the whole fixture. If you mix old parts with new ones, leaks would eventually happen. All new components would ensure no leaks anywhere.