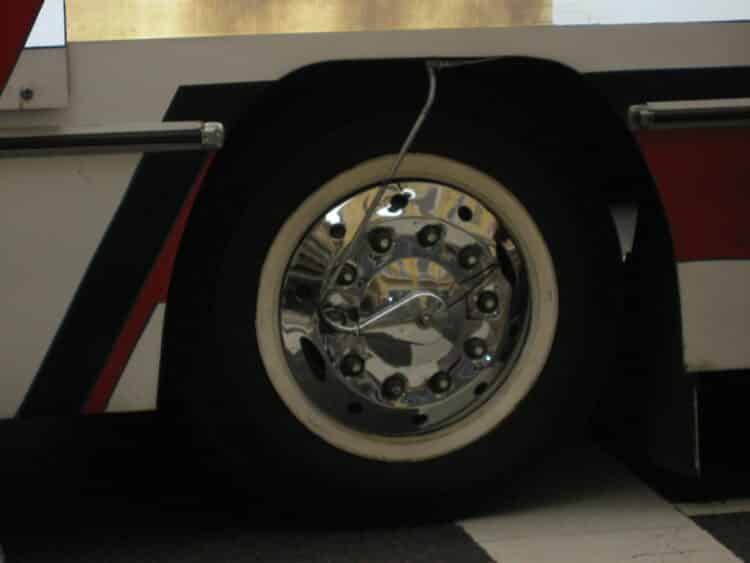 "Air pressure regulator" by Kai Hendry is licensed under CC BY 2.0

There is a bit of a misunderstanding about the air pressure regulator function and its connectedness to the compressor. To understand everything, you have to know every little detail about it and its overall importance in the bigger picture.

An air supply regulator is a pneumatic device that is necessary for the functionality of all air supply systems, along with controllers, transmitters, valves, and a lot more. Each air delivery instruments like compressors have their inline airflow regulator.

Some compressors available in the market today have tanks that will include regulators. It usually is located along the discharge line on the tank. Below where the coupler and connector are attached.

What is the Function of an Air Regulator?

Its chief use is to lower the pressure degree resulting in bringing down expenses and make everything safer. The air tool regulates pressure to the lowest adjustable range. So it will be compatible with the particular device it’s trying to facilitate. Being able to operate it in the least pressure required prolongs its lifespan and saves energy. It also lowers the cycle frequency, which provides a great outcome to its overall mechanical and maintenance capability.

How Does an Air Compressor Pressure Regulator Work?

The air regulator function is without complications and simple to use. It has an adjustable knob, which you can turn clockwise to heighten the pressure and counter-clockwise to lower it.

The pressure shown on the gauge is the strength of the air stream coming out for the coupler to the hose.

Some adjustable knobs have locking mechanisms that are enabled by either pushing or pulling it outward. If an instance arises that you cannot turn the knob, it will deactivate the lock by either pulling or pushing it.

• General Purpose: It is made especially for large factories and industries, which can function as high as the pressure of the atmosphere.

• Point-of-use: are fitted close to a related instrument.

• Dual Stage: Fluid goes through consecutive compartments o that unending pressure flows even when the pressure in the inlet ceases.

Why is the Automatic Air Pressure Regulator Designed the Way it is?

This instrument is designed to allow the highest allowable capacity for pressure and able to preserve it to a preferable level. A spring mechanism is controlled by a diaphragm for any inlet pressure changes. The adjustable knob then alters the outlet pressure from lower to higher.

This type of regulator is among three categories: the other two are “Regulator specific to application” and “pilot operated regulators.” The abovementioned are the most common and used by many people, so it calls for more description.

To better understand it, it has two types:

• Relieving: Its chief purpose is apparent when the pressure is adjusted from high to low. Even when the flow is close to gone, it will still force out the excess pressure, which lets out a hissing sound.

• Non-relieving: It is different from the first one, from the part during the adjustment period from high to low. Instead of forcibly exhausting the flow, it will impede it. The stored pressure will then released in different means, like a downstream valve.

The Flow of Pressure

The pressure current is the primary factor that you should think about if you opt to but one. The inlet and outlet have varying degrees of fluctuations, which is needed in most air delivery devices like compressors. It should always be in level pressure and not be too high or too low, or else it would not function normally.

The air pressure regulator offers many ways of control. T-handles and knobs are used for manual regulators, and some analog controls are powered by electricity adjustment. Air-based pneumatic controls are utilized for the input and output of air. Some others use interfaces that are either parallel, serial, and digital.

More adjustments can be done by altering the opening size and making the valve hole bigger can make the airflow stronger. But if it gets too big, it will result in variations in the inlet pressure.

How Accurate it Should Be

Its precision is detected by comparing the outlet pressure with the rate of its currency. It will depict the pressure as lowering and the current increasing, a development called “droop.” Its capacity and accuracy are regarded by the amount of “droop” from the pressure current. Before picking the right one for the compressor, its functionality should be analyzed properly so that the air tank regulator is up to the required operational capability.

• Cartridge-mounted regulators: You can either fasten, link, or screw it in, which can easily be removed to gain access to the valves and other fittings.

• Multiple valve modules: You can link it up, which you then can connect to the circuit pressure to lower down system piping.

The Kinds of Materials Used for the High-Pressure Air Regulator

• Aluminum: It is a lightweight piece of material, can conduct heat and electricity, and has a high tolerance for oxidation.

• Acetal polymers: They provide adequate lubrication for the tool and shield it from wear fatigue and chemical substances. It is suitable for medical work since it would not be affected by the secretions of bodily fluids. It is specially made for temporary use, which you can then throw away after.

• Zinc: It is a shiny metallic bluish-white element. It is easily pliable when heating is applied but may break in average temperature.

• Brass: It is a useful element in the transmission of sound, heat, and electricity. It is pliable in either high or low temperature.

• Steel: It is an iron alloy consisting mostly of carbon, which has mechanical properties needed for the air supply regulator.

• Stainless steel: It contains chromium that makes it resistant to rust. It works best in high pressures and ideal for clean office spaces where there is water present.

• Cast iron: It is also an iron alloy that is brittle and unmalleable but moldable by casting.

Some have an air pressure regulator valve to relieve the pressure from the device. Some have other attachments like a lubricator for valve management. Or a filter for the drawing in of water. Some have security devices that would not allow for meddling, like automatic locks to stop unheeded tampering.

If you are one of those types of DIY people who owns an arrow air compressor, the automatic air pressure regulator is not top of the line but cheaply-made and mass-produced. It functions as best to their capacity but mostly not ideal for longevity.

There is a diaphragm within the airbrush pressure regulator that is instrumental in how air is pressurized and will break the longer is used. Exposure and being tainted by oil, debris, or other components drying out will contribute to its slow destruction. If the diaphragm fractures, the inline airflow regulator will break as well.

The inline air pressure regulator with a gauge will likely be cheaply made and prone to rust and corrosion, and a slight collision will break the outer covering.

For automatic air pressure regulators being used by big industries and factories are not the same as the ones found at home. They are made from top quality materials and usually include an array of air compressor regulator parts in case something gets worn out or damaged. These are the type of machinery that is made to last, so overhaul should only be the only recourse, not a replacement.
For a home-based DIY porter pressure regulator, replacement parts are not usually included upon acquisition. Its usual price range from $20-$30 and does not include kits. So its low cost does not justify fixing it, you would be better off disposing it and purchasing a new one.

However, the gauge is replaceable for a price range of $7-$10. But if it is the one being damaged, then it is your option of getting a new one.

If the compressor regulator has a leakage, you can try to have it fixed, but if it has reached that point already, then you have to get a replacement.

A brand new air tank pressure regulator has a display gauge included. If the former gauge is still working, keep it around in case the new one malfunctions and needs replacement.

The bottom line is: air supply regulators are crucial for the overall functionality of all air supply instruments. It can put a stop to any danger it may entail. It also can drastically lower the cost by leveling down the pressure to the appropriate degree. It is crucial to know how it works and its effect on its linked instrument so that when it malfunctions, you know what to do to get it fixed. Be confident in the knowledge that you hold so that the compressor pressure regulator will still be around for a long time.