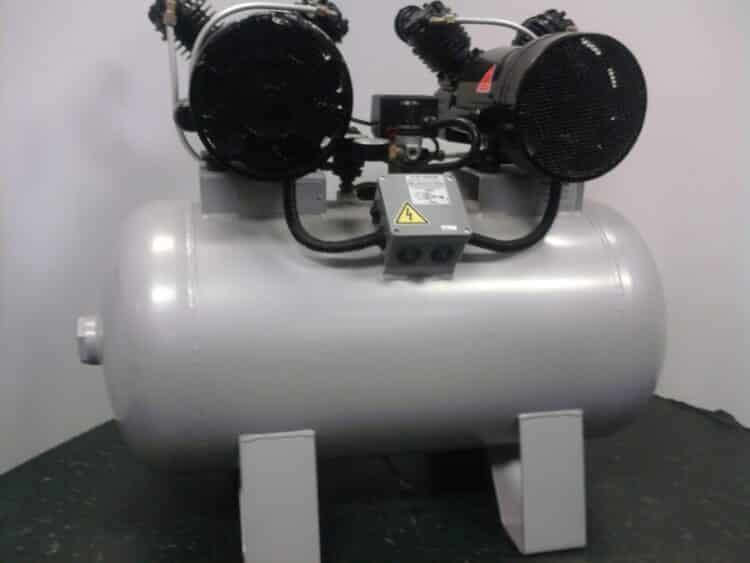 This little component is a rightfully significant piece in the overall functioning of the air compressor. It is not a noticeable component that you can detect from afar, so you have to come closer and see it. Seeing it and acknowledging its existence is not enough. If you want to use your air supply device to the best of its abilities, you should learn everything about it, especially its more essential parts, like the air compressor unloader valve.

What is an Air Compressor Unloader Valve?

This small mechanical component has vital importance in the compressor’s functionality: it allows the compressor the capability to restart. It also helps in diminishing the starting load. It does the crucial task of letting out excessive air trapped in the tank, which allows it to start.

These common compressor unloader valve types are found in different compressors like a rotary screw, reciprocating, even fossil and gasoline-fueled models.

A malfunctioning unloader valve is a chief cause why the device does not restart anymore after you have taken some air out from the tank. If the valve is working as it should be, whenever the tank pressure decreases below the normal level, a pressure switch will automatically switch on to deliver power to the motor, which then can start. If the valve is defective, the engine is struggling to try to turn it on. The consequence will either be a busted fuse or a tripped breaker.

Where is the Unloader Valve on Air Compressor?

For smaller ones used mainly at home, the compressor loading valve is attached to the pressure switch. When the switch is turned off on the device, the valve is also moved to action.
Other compressor models have the electric unloader valve linked to either the cylinder head fitting or the discharge line via a piece of durable tubing.

There is another valve called the “check valve” whose purpose is to stop the tank from draining. It is situated close to where the discharge pipe is mounted, which is then linked to the storage tank.

The two valves then connect via a small pipe that is connected to the pressure switch.

For newer compressor models, a “solenoid valve” is utilized to minimize the air pressure.

For larger industrial-types, the compressor unloader valve is often also large. It is controlled by air pressure from another valve called the “pilot valve.” The unloader is then located separately and right beside the actual compressor.

A reciprocating compressor is a mechanical device that depends on a crankshaft piston and cylinder to make pressurized air. The air compressor pressure valve is among the necessary components that ensure that the device is functioning the right way and in unison with the other parts and fittings.

While the device is running and functioning normally, the tank is then filled with compressed air. The pressure switch is activated to action when air is accumulated in the tank, and the power in the motor shuts down, so does the attached pump.

As the motor tries to start again, the accumulated air within the cylinder has rendered a load that makes it harder to carry out its function. With proper ventilation, the air compressor unloader valve brings down the load via the piston and makes it possible for the device to start again.

An average compressor type follows a different route in utilizing this kind of valve. As the compressor passes at the cutout pressure level, the motorized power stops automatically. The device then ceases its function irrespective of the way the piston is situated in the cylinder. It means that the pressurized refrigerant vapor cannot get out from the discharge line and the piston as the motor ceased working. The refrigerated vapor accumulates a heavy load to the starting circuit, which will add to the starting torque and will hinder the motor from switching on.

This issue can be avoided by the use of the air compressor pressure switch unloader valve. There is a movable component included in either mechanical and electrical valves that halts the airflow from the discharge line. As the pressurized vapor gathers within the piston assembly and the discharge line, it forces itself against the piston or pin, therefore pressurizing the spring and letting the valve open. Since the airflow follows a route of the weakest resistance, the pressurized refrigerant vapor will course through the device towards the condenser via the valve.

As the pressure lowers, the piston or pin is not pressurized anymore. The valve then shuts off entirely, therefore stopping the flow of the pressurized vapor. Then the compressed vapor is led towards the “suction valve” for the following duty cycle.

This particular line of action prohibits the device from attaining the cutout pressure level and stops it from turning off when the heat load is less than it should be. Without the pressure switch release valve, the pressure will decrease more than necessary. It will make the device repeatedly cycle on and off on its own so that the valve can achieve the right load conditions.

Likewise, the air compressor relief valve is also an essential tool in Heating, Ventilating, and Air Conditioning (HVAC) units. Due to disruptive factors like weather conditions, lighting, product loading, and many more, the thermal load will fluctuate. The valve will ensure capacity control by modulating the temperature. In turn, it can save them money, can conserve energy, and makes a good humidifier.

• The pressure regulator and the electric unloader valve share the same function. If either is attached to a high-pressure nozzle, when water shoots out, it can adjust the pressure.

• It is compact and very light compared to the pressure regulator.

• It has an uncomplicated design, which makes it easy to take apart and replace.

• It comes from a durable stainless steel material that does not wear out and very resistant to friction.

There are component points which either close or open depending on the tank’s pressure. The pressure switch has a finger or arm connected to those points which tug on a valve pin, which then makes the unloader valve function.

As the pressure lowers in the tank, the pressure switch is turned off, and the finger or arm will let go of the valve pin which enables the valve to be closed and stopping the compressed air from escaping.

A common issue for this component is that whenever it opens, it will forever stay open. Another problem is the direct opposite: when it closes it will remain closed and cannot be opened anymore.

If it does not open, you would have problems with turning on the compressor. And you would not hear the usual air blasting sound once the device is turned off.

If it always stays open, pressurized air will leak out endlessly. You can hear the leaking sound because it is attached near the pressure switch.

Dirt and debris might collect within the piston or pin and will prevent it from properly closing. When the air compressor spring valve is not closed securely, the pressurized refrigerant air vapor will keep on escaping.

“Short cycling” can occur, which prevents the device from operating in its utmost capability and can permanently destroy it.
Malfunctioning valves do not happen very often.

Many kinds of valves are dependent on different types of fabricators. Yet all of them are classed in either two categories:

• Electric Unloader Valve: These valve types will function because electricity is being utilized to a “solenoid coil.” The coil then emits a magnetic field which leads up to a mechanical process, as a result of heightening pressure within the discharge line or cylinder.

A Very Useful and All-Around Component

The air compressor unloader valve is a viable part that you will need for your compressor, the same thing with the other instruments in your garage. When your current one is defective, you can easily purchase another one with a different brand, which would not be a problem. Be sure it can properly connect to the pressure switch and air input. Then you’re good to go.