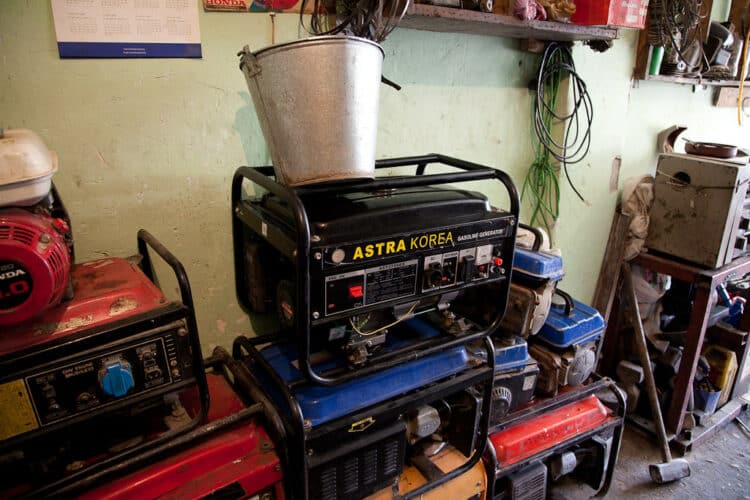 Back feeding a portable generator is a specially risky process and can destroy an establishment, vehicle, or home, and can cause injury, or much worse, death.

The meaning of back feeding is to connect a portable generator to the electrical panel of a particular home rather than utilizing a transfer switch. It is dangerous to everyone involved and very much illegal. No one should even think or attempt in doing this, or else bad things might happen.

A man named Rick Berry has a story about back feeding. He is an Electrical Safety Officer in Vancouver, Canada, within the area of Greater Victoria. It is a cautionary tale about how dangerous it is.

Part of Officer Berry’s duties in his jurisdiction is in helping fire departments in getting the truth about a specific conflagration when the surmised reason comes from electricity.

His particular geographical region is often rife with harsh storms coming from the Pacific Ocean. It is often referred to as “the Pineapple Express” if the heavy tropical storm descends from Hawaii.

During one rainy season, they had an epically tough storm that was windier, longer, and the worst they experienced so far. Then in the coming weeks, there were heavy rains that drenched the ground to a sloppy consistency. The muddy surface combined with the ultra-heavy winds felled many trees in the area, along with many electric power lines.

The electric utility workers were flooded with calls about electricity-related issues and sought assistance from private outfits, yet it took a while. Some workers even worked for six straight days without rest.

However, some of the affected people thought the whole process too long for their liking and decided to fix the electrical issues themselves.

The story begins with a family that lives in a rural area in Greater Victoria. They were specially equipped for that type of situation because they had a portable generator, an appropriate transfer switch, and the correct wiring.

The generator was for minimum output only that can only power their freezer, refrigerator, septic, and the well. The man of the household was setting up a Christmas party for his co-workers in his house and needed more power for his karaoke machine, flashing lights, sound system, and wide-screen television.

Since he prided himself as an unabashed handyman, he rented a generator from a local hardware store. Now he had something to get additional power for the party.

He noticed that the generator’s electrical fitting output was the same as a wire cable outlet for his arc welder in his garage. So he thought he was the luckiest man in the greater Victoria area that he could still have a party in the aftermath of a harsh storm. He surmised he had the right cord for the second generator and was ready to P-A-R-T-Y the night away.

Only they did not.

He took the cable off from the arc welder and set up the other outlet. He thought he was doing the right thing because he found out that both receptacles were male. He inserted one part into the generator, the other into the outlet of the arc welder in the garage wall. He still thought he was doing fine being the handyman that he is. He then proceeded to the main panel to switch off the breaker feeding equipment or devices which was of no use. The generator was acting up a bit, but overall, it was running relatively alright.

Then the electric power in the area was fixed and restored. The family’s neighbor noticed that the lighting from the street yard that connected to the generator in the garage was still turned on. He could still hear the humming of the generator.

A Disaster Waiting to Happen

The confessed “handyman” was still thinking that everything was right as rain at that point. When he noticed that the power was turned back on, he went to the garage to switch the still-running generator, so that his party can go full blast with full power. He suddenly heard a loud “WHOMP” sound from the generator’s general direction, and the sky was on fire.

He stupidly thought that it all came from the fireworks he had set up and was overjoyed to see it. He went back to wake up his wife and kids so that they can also see it.

When the whole family came out, part of their neighbor’s home, camper, and boat, including his wife’s SUV, and the portable generator, was set ablaze.

Officer Rick Berry arrived at the scene and proceeded to investigate. He found out that the root cause was back feeding.
When the power was turned back on, the generator short-circuited and shot out flames on the rubber tires, then to the gas tank, which exploded (the “whomp” sound), then the fiery gas cascade to the driveway, to the camper, boat, and SUV.

Since then, Officer Berry used this story to illustrate the dangers of back feeding and the improper usage of generators.