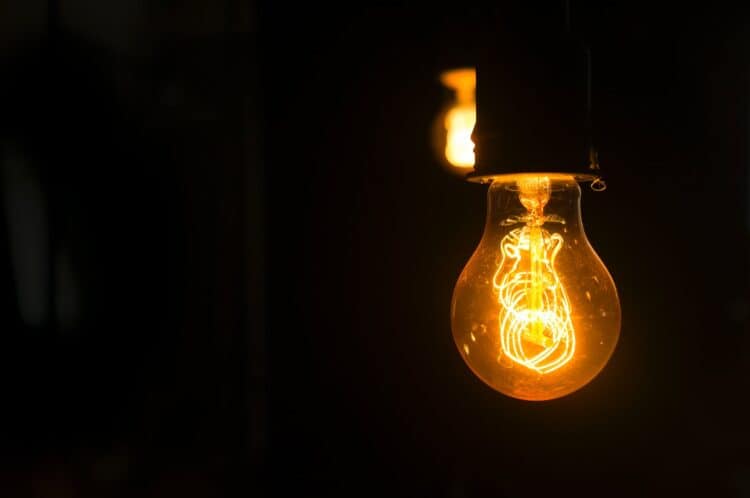 In this article, we will teach you an interesting hack. You will learn how to wire an alternator to make a generator. Sounds impossible? But doubling as an electricity-producing motor that can power whole houses is the best-kept secret of the alternator in your vehicle.

Trying to find information on how to wire an alternator to make a generator online is not easy. There is either too little instruction or over complex explanations that are hard to understand.

Here we will share everything you need to know about how to wire an alternator to make a generator. And we will do it in simple terms.

What Does An Alternator Do?

The primary duty of an alternator is to take mechanical energy and turn it into electrical power. That power is what recharges your car’s battery and other parts that need electricity. It is that same power that will give your home-built generator life.

Wiring your alternator to make a generator is pretty simple. And there are different ways that you can do that.

But, before trying anything, consult a few schematics to ensure you do it the right way. Making the wrong connections could have serious consequences. As long as you know how to do what you are supposed to do well, it will be smooth sailing.

Here’s the first thing you should do.

Identify The Positive And Negative Terminals On The Alternator

You must know which terminal on an alternator and battery is positive and which is negative. Understand the layout of these devices before you attach any wiring or turn the system on.

Remember, an alternator generates electricity. Connecting the wrong leads to incorrect terminals may do one or all three of the following.

Instead, when the time comes, you will place your V-belt around the pulley. Stretch the V-belt to meet the pulley on the engine of your system. Ensure that the pulley is taut enough so it cannot slip off once you turn the system on.

The power of the engine will rotate the pulley on the alternator. As the pully spins, it will turn the rotor inside the alternator. The spinning alternator will create electric currents that magnets will harness. The coils in the stator will absorb the electricity.

The coils will transfer the electricity to the wires connecting the alternator and the battery of your system.

The battery will store the electricity produced, and you can use it to power the things you need to. But that will only happen if your wire connections are correct.

While you read this, I suggest having an alternator in hand, so you can see for yourself what we mean.

Once you know where the pully is, turn the alternator around. The side with the nut and threaded stud will then face you. You will find these bolts near the top of the alternator. This is the output or positive terminals on your alternator. Here, you will make the connection with all the positive leads in your system.

Keep in mind that different makes and models of alternators may have slightly different designs. So, look for a sign/identifier that says Pos, B, or Bat. They will help you locate this area.

There is a voltage regulator socket on the alternator’s right side. The plugs for the regulator connectors fit in this socket.

You will find another nut and threaded stud also located on the right side of the alternator. These may be located closer to the bottom.

It is the location of the ground or negative terminal. Look for the identifiers F, Field, or Neg to be certain.

Not all alternators have this feature. Some of them have their grounding in the engine of the vehicle. To make things simpler, we will use an alternator that does have a ground.

If you have an alternator with no ground, it stands to reason the grounding will be in the engine of your generator. Although we will not go into all the details, we will tell you how to create grounding for these alternators using your engine. But that will come a little later in the article.

Now that you know the layout of your alternator, we can get into how to wire an alternator to make a generator.

How To Wire An Alternator To Make A Generator

Wiring an alternator to make a generator is pretty basic. Depending on the application, there may be slight variations of this process. But the general principle remains the same. Positive terminals connect with positive, and negative connect with negative.

Let’s break it down and deal with the terminals on the alternator.

What Terminals Does An Alternator Have?

An alternator has four terminals.

Not all alternators have this feature. But, we will explain this in greater detail in different sections of this article.

Now, we will look at how to make the wire connections with these terminals.

Your system will have three wires coming from the regulator plug on the alternator.

Where To Plug Wire One

The first wire is the fattest of the three wires. It may also be the shortest and does not connect to any other component on your generator other than the alternator.

Do not get confused here and connect this wire to the battery. Both ends remain on the alternator.

The second wire is an exciter wire. It turns the regulator on. Like the first wire, the second wire goes from terminal one on the voltage regulator plug and connects with the positive terminal on the power switch of your system. It does not connect with the main/battery positive of the alternator.

The switch can be a regular light switch that you connect to the alternator. It allows you to turn the alternator on and off once you get the motor running. That way you, do not have to shut down the entire system if you do need to.

The third wire plugs into terminal two of the voltage regulator. You should also see its identifier, number 2, stamped into the casting. This wire connects to a lamp indicator of your system.

The wire for the lamp indicator does not stop at the bulb. It continues and makes a connection with the positive terminal on the switch. So when you hit the on/off button on your alternator, the light will come on. When you turn it off, the light will go off.

In the end, you will have two switched positive wires and one wire connected to the main positive terminal of the alternator.

Running the wires from the alternator to the battery is also very simple.

Find the chassis ground or the negative. If your alternator has a negative terminal, you will see the sign/identifier F, Field, or Neg. The battery should have the same signs.

Here you also need three wires, and we will explain to you how to connect them.

One end of the first wire connects to the main negative output on the alternator. The opposite end secures around the negative terminal on the battery.

And these are your main connections. As I said earlier, you can make these connections in different ways based on what you want your generator to power. But this is the basics of how to wire an alternator to make a generator.

These wire connections ensure that your system works.

What To Do If Your Alternator Has No Negative Terminal

Creating a negative terminal for your alternator is also pretty simple.

In this case, the alternator has its grounding in your engine block. The engine becomes the ground distribution system. All you have to do is find an appropriate bolt to secure your extra ground wire.

Here, we will answer a few other questions relating to how to wire an alternator.

No, you do not. This is one of the variations you can make to your system. Run your exciter wire from terminal 1 on your alternator straight to the positive terminal of the battery. It will not affect how your system functions in any way.

How Do You Check The Output Of Your Alternator?

Connect a multimeter to the positive output of your alternator. When you turn the pulley, it will show you the power output of the system.

How Do You Check The Output Of Your Battery?

As with every other part of this project, monitoring the output of your system is also easy.

Connect a voltmeter to the positive terminal of the battery. When you run the alternator, you will see the output.

The output of the battery and alternator should be about the same. Your readers may show a slight difference, but that’s okay.

Learning how to wire an alternator to make a generator is easy. It just takes the right set of instructions. Using a diagram or an alternator while you read up on what to do will make the process even simpler.

There are different ways that you can wire your alternator. You can choose to do it with or without a switch. Or you can add a jumper from the power coil to make the system more self-sufficient. But the basic connections remain the same.

Once you know what and where these terminals are, your system should work just fine.

Design your alternator generator to suit the application you want. Size matters. The size of your engine or power generator and the battery will determine how much power your system generates, stores, and puts out.