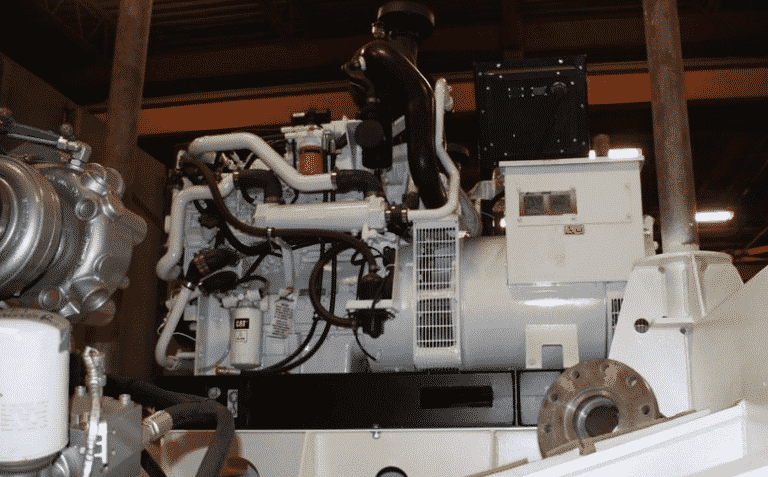 The same process happens in reverse with an electric motor. It uses the same components as a generator but transforms electrical current into mechanical energy.

Knowing how an electric generator works will help you choose the right to keep your family safe during a power outage. Or make your tailgate parties come alive, and supply power tools when you can’t reach a regular electrical outlet.

Electric generators keep the world powered up. They are everywhere from the Hoover Dam to the alternator in your car. They are backups at home or portables found on construction sites. Without generators, the modern world wouldn’t exist as we know it.

How Do They Work?

A generator is essentially an ‘energy engine’ that uses kinetic energy (motion) to create electricity. It does so by spinning an electromagnet, known as the armature, around a stator, a stationary magnetic field.

Gas-powered generators use an internal combustion engine to drive a rotating shaft that spins the armature. Renewable energy does the same but uses energy, wind, and water to spin a turbine. So long as you have some form of motion energy, you can turn it into electricity. Just like your hand-cranked flashlight when you think about it.

It’s helpful when you go generator shopping to know the different components and what they do. You will find these parts in all types of generators, broadly speaking.

Many people are confused when it comes to knowing the difference between an alternator and an electric generator. Though the design and principle are similar, there are several crucial distinctions:

“Hold on. Doesn’t the alternator go inside the generator?”

In a way, yes. An alternator usually means the device found under the hood of your car. But it can, strictly speaking, also refer to the linkage between a rotor and a stator.